Situated on the East Cape 45 minutes from Los Cabos International Airport, Costa Palmas Golf Club, centerpiece of a 1,000-acre resort community on the Sea of Cortez, has opened to acclaim. The links-style layout’s debut comes on the heels of the recently launched Four Seasons Resort Los Cabos at Costa Palmas, a beachfront property with 118 guest rooms and 23 suites. 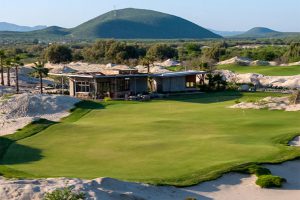 “We are excited to partner with Robert Trent Jones Jr. and his team to offer a one-of-a-kind golfing experience to residents and guests of Costa Palmas,” said Jason Grosfeld, Chairman and CEO of Irongate. “With stunning views of the Sea of Cortez, Sierra de la Laguna Mountain range, and our private marina, coupled with unparalleled on-course amenities, we welcome golfers of all levels to experience all that the East Cape has to offer.”

A vast, relatively undeveloped region that looks and feels like Los Cabos did decades ago, the East Cape remains a hidden gem. It’s an area known for miles of walkable, pristine white-sand beaches. Appropriately, the 7,221-yard Costa Palmas course was also designed to be readily walkable.

The golf club, which includes a six-hole, par-3 short course, a one-acre practice green, a caddie program and professional instruction, was designed to attract a broad audience of golfers, starting with its user-friendly 18-hole layout. The family social course and large putting green lit for night play are in step with a more informal approach to the game. The golf facility is offered as an exclusive amenity to owners and resort guests of the Costa Palmas community. Costa Palmas will be a core golf course, with hotel and residential buildings spaced around its perimeter.

Described by designer Robert Trent Jones Jr. as “a golf symphony composed of three movements and two transitions,” the golf course occupies a gently rolling expanse of sand that rises to nearly 40 meters. The first six holes, which Jones calls the layout’s “dunescape,” feature greens with open, unguarded entrances, a design characteristic that allows golfers to utilize bump and run shots and other traditional Scottish links strategies to get their balls close to the hole. Like those Scottish links courses, the first golfing movement at Costa Palmas is characterized by seamless transitions between one hole’s putting surface and the next hole’s tee boxes. The surrounding coastal sand dunes are the primary obstacles on these holes. 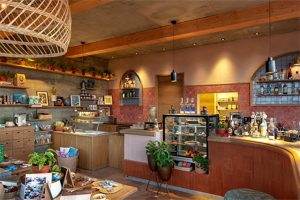 The par-5 seventh, with its natural arroyo, serves as a transition to the course’s second movement—six “upland” holes defined by dramatic views of the Sierra de la Laguna Mountains that backdrop the fairways. While this stretch of holes provides players with generously wide landing areas off the tee, it also introduces groves of mesquite trees and strategically-placed bunkers, both of which require players to carefully consider their club choices and shot selections.

Following the 13th hole—this one a challenging 224-yard par 3—the course’s finishing stretch of holes is intimate in nature and provides glimpses of the many azure-blue coves, harbors and channels that make Costa Palmas one of the world’s finest sport-fishing destinations. The 18th hole, a sweeping left-to-right par 4, brings golfers back to the sea and the resort community’s marina, with a glimpse of the Four Seasons Resort Los Cabos at Costa Palmas.

“We were given a spectacular site and shaped a golf course generous to the golfer that takes advantage of ocean views without being right on the water,” Jones said. “The challenge will come into play as the contouring around the green complexes can either be forgiving or rejecting. It will take an imaginative short game to get the ball on the green.”

With firm, fast playing conditions that can sometimes produce favorable bounces, the golf course at Costa Palmas is one that can be enjoyed by golfers of all skill levels. Additionally, the course’s various “movements” create shorter loops that make a five- or six-hole round of relaxed social golf possible. The overall golf experience at Costa Palmas Golf Club encourages players to simply have fun.

The experience is further enhanced by Bouchie’s a casual, open-air café located beside the practice putting green that welcomes families and friends, kids and kids-at-heart, golf pros and novices alike. With its comfortable indoor and outdoor seating, Bouchie’s, serving everything from ice cream to hand-crafted cocktails, is designed to encourage conversation, connection and relaxation.